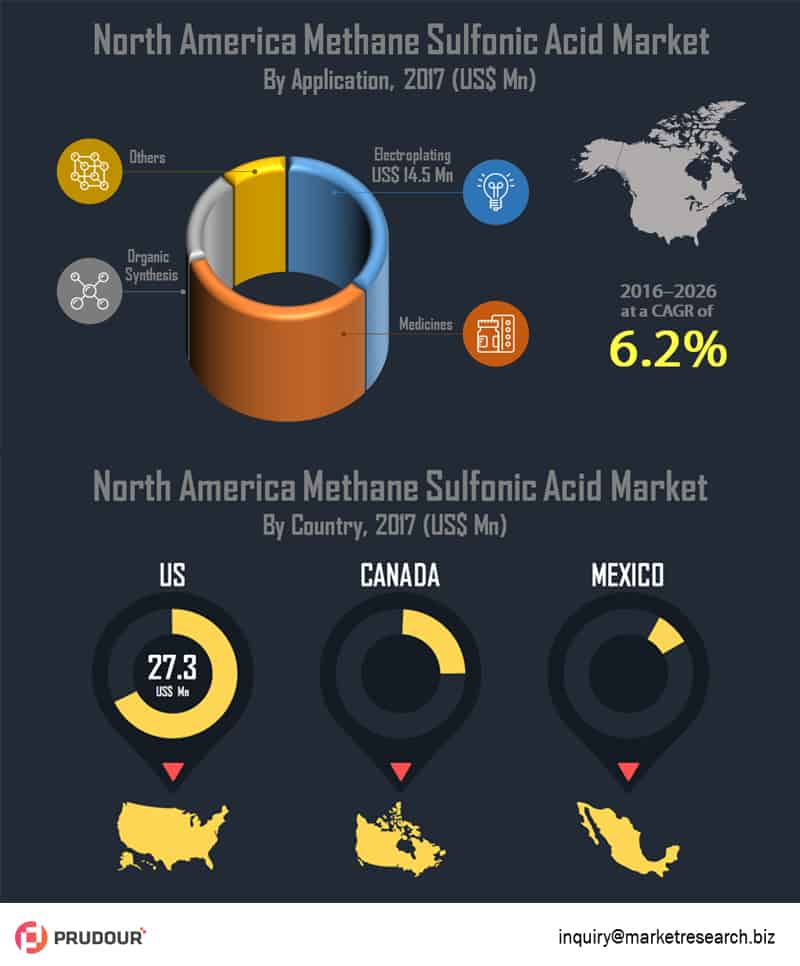 The electroplating application segment is expected to be the largest segment with a revenue US$ 14.5 Mn in 2017, and is expected to continue its dominance during the forecast period, owing to factors such as its high-performance as an alternative acid, which protects against corrosion when used in pre-esterification process, as opposed to inorganic acids such as hydrochloric acid and sulfuric acid.

You Are Here Home » North America Methanesulfonic Acid Market revenue to register CAGR of 6.2% during the period 2016 – 2026