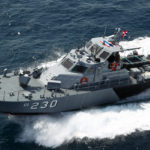 Global Patrol Boats Market By Product Type, By Application, And By Region/ Country (Us, Europe, Japan, China, India, Southeast Asia, And Rest Of The World) – Global Forecast From 2020 To 2029

EXPLORE MORE
Share this ArticleLike this article? Email it to a friend!
Email sent!