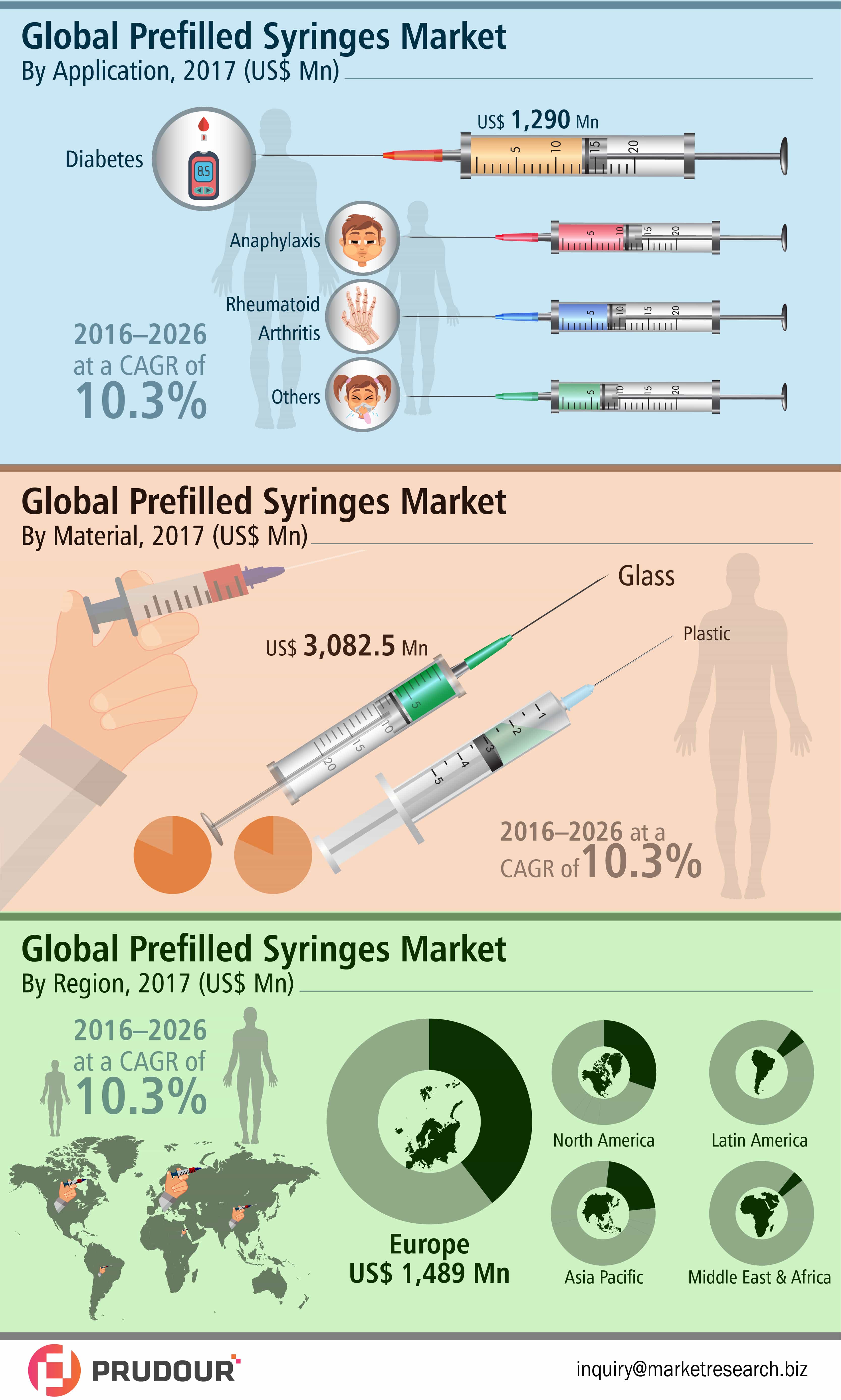 The diabetes segment in the global prefilled syringes market is estimated to account for a majority revenue share of 34.2% in 2017. The first five-year cumulative revenue (2017–2021) of this segment is projected to be US$ 7,825.0 Mn, compared to a moderately higher cumulative revenue total of US$ 12,524.1 Mn for the latter five years of the forecast period (2022–2026)

A prefilled syringe is a single-dose packet of vaccine which contains a fixed needle. Prefilled syringes are commonly used for antivirals, anticoagulants, anaphylaxis, monoclonal antibodies, hematopoietic, and vaccines. Owing to introduction of prefilled syringes pharmaceutical companies have been able to minimize drug waste, and increase product life span.

Increasing prevalence of chronic diseases such as diabetes, arthritis, respiratory disease, etc., and high penetration rate of self-injection devices are expected to drive growth of the global prefilled syringes market in the near future.