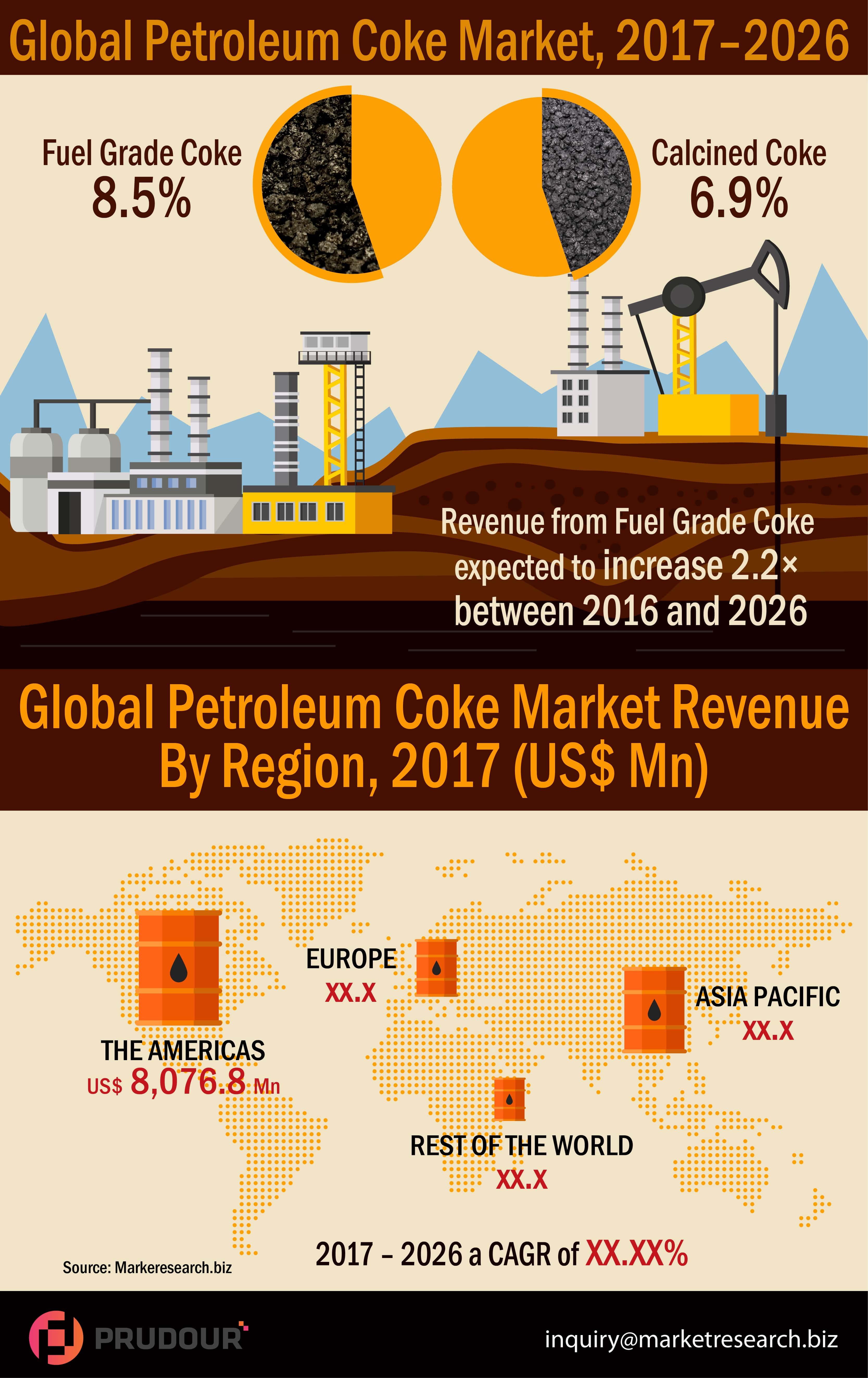 Petroleum coke is a solid material and a byproduct of the coking unit, a residual fuel upgrader. The quality of the coke depends upon the crude oil processed in the refinery. Cokes produced from sour crude oil are high in sulfur and trace metals. Due to the physical properties of petcoke, it is majorly used in energy applications and in other industrial applications. Fuel grade petcoke is the largest consumed product type, due to its wider energy applications in blast furnace and power plants.

The growth of the global petroleum coke market is driven primarily by factors such as growing usage of petcoke as a cost-effective fuel in the power and energy sector, and in cement and energy industries, and for production of aluminum and steel etc.

However, regulations and health and environmental concerns associated with storage and handling of petcoke is likely to act as restraining factor for the growth of the global petroleum coke market over the forecast period.