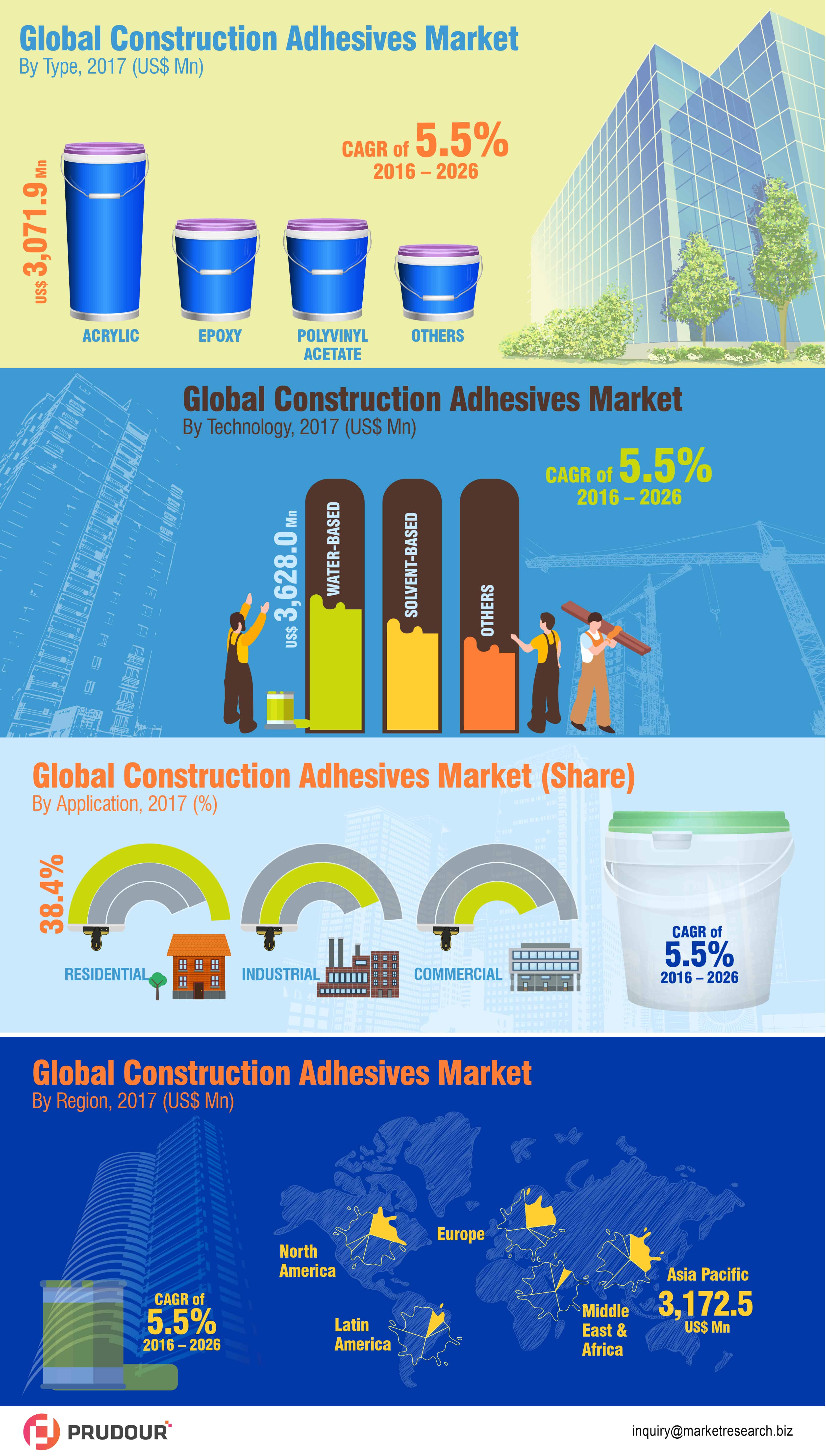 The acrylic segment in the global construction adhesives market is estimated to account for majority revenue of US$ 3,071.9.5 Mn in 2017.

In 2017, revenue contribution from the water-based segment in the global construction adhesives market is expected to be US$ 3,628.0 Mn, which is projected to increase significantly by end of 2026.

The residential segment in the global construction adhesives market has been estimated to account for revenue share of 38.4% in 2017.

Asia Pacific market has been projected to account for revenue of US$ 3,172.5 Mn in 2017, and is expected to register a lucrative CAGR during the forecast period, owing to technological advancements, increasing per capita spending, and growing for construction industry in countries in this region.

You Are Here Home » Infographics » Global Construction Adhesives Market Revenue to Register CAGR of 5.5% Between 2017 and 2026